How to manage stress? Negative health effects of...
How to recognize diabetes symptoms, Tips to manage...
The Benefits of Strength Training and 6 Quick...
14 easy tips to help you improve your...
8 Beauty Hacks to Help You Face Your...
5 helpful tips to get the best performance...
5 Natural and Alternative Treatments for Chronic Pain
Living With A Chronic Illness? How to Manage...
5 Back Pain Relief Tips To Help You...
Need a Good Night’s Sleep? 10 Easy Things...
Home Your medical guide Antibacterials 101 – 2
Your medical guide

How beneficial are antibacterials?

Antibacterials are definitely effective in killing bacteria, however, there is considerable controversy surrounding their health benefits. The non-residue producing agents  have been used for many years and continue to be effective agents for controlling disease organisms in a wide variety of health care and domestic settings. When used under strict guidelines of application, the residue-producing agents have proven effective at controlling bacterial and fungal infection in clinical settings such as hospitals, nursing homes, neonatal nurseries and other health care facilities where there may be a high risk of infection.

When used as directed for external surfaces, antibacterial agents are considered to be relatively non-toxic. However, some may cause skin and eye irritation, and all have the potential for doing harm if not stored or used properly. Furthermore, evaluations of risk are based on single agents, and do not consider the effects of multiple uses or multiple compounds. Recently, triclosan has been reported in surface waters, sewage treatment plants, the bile of fish, and breast milk, but the significance of these findings is presently unknown.

Because of their rapid killing effect, the non-residue producing antibacterial agents are not believed to create resistant bacteria. Resistance results from long-term use at low-level concentrations, a condition that occurs when consumer use residue-producing agents such as triclosan and triclocarban.

Until recently, it was accepted that these agents did not affect a specific process in bacteria, and because of this, it was unlikely that resistant bacteria could emerge. However, recent laboratory evidence indicates that triclosan inhibits a specific step in the formation of bacterial lipids involved in the cell wall structure. Additional experiments found that some bacteria can combat triclosan and other biocides with export systems that could also pump out antibiotics. It was demonstrated that these triclosan-resistant mutants were also resistant to several antibiotics, specifically chloramphenicol, ampicillin, tetracycline and ciprofloxacin.

Resistance to antibacterials has been found where these agents are used continuously (as in the hospital and food industry); however, at the present time, this modest increase in resistance has not yet created a clinical problem.

Can the widespread use of antibacterial agents lead to more resistant bacteria?

Many scientists feel that this is a potential danger, but others argue that the laboratory conditions used in the research studies do not represent the “real world.” So far, studies of antibacterial use in home products such as soap, deodorant and toothpaste have not shown any detectable development of resistance. However, such products have only been in use for a relatively short period of time and studies of their effects are still extremely limited.

Are there other concerns about the use of antibacterial agents?

Yes, experts believe that the use of these agents creates a false sense of security that may cause individuals to become lax in their hygiene habits. Antibacterial use should not be considered an alternative to normal hygiene, except where normal hygiene practices are impossible.

It should always be remembered that most bacteria are harmless and in many cases, even beneficial. Very few bacteria actually cause disease. Antibacterials are not discriminating and an all-out attack on bacteria in general is unjustified. Constant use of disinfecting agents tends to disrupt the normal bacteria that act as barriers against invading pathogens. This may cause shifts in bacterial populations and create a “space” for disease-causing bacteria to enter and establish infection.

In addition, some scientists have gathered evidence showing that overly hygienic homes during early childhood may be linked to the appearance of allergies later in life. In this “hygiene hypothesis,” allergies develop because the childhood immune system fails to mature properly due to lack of contact with immune-stimulating bacteria. This hypothesis remains controversial and requires further research for validation.

Are there other effective cleaning methods to prevent disease spread?

For most purposes, washing with regular soap and rinsing with running water, followed by thorough drying is still considered the most important way of preventing disease transmission. This is especially important after using the toilet, changing a diaper, emptying a diaper pail, cleaning the toilet, or after handling raw meat or poultry. Several common traditional agents are effective against a wide range of disease-causing organisms. These include 70% solutions of ethyl or isopropyl alcohol, household bleach and hydrogen peroxide. Unlike triclosan and other long-acting agents, these products destroy multiple cells components at once rather than attacking a specific bacterial process.

When are antibacterials useful?

While there is no evidence that the routine use of antibacterials confer a health benefit, they are useful where the level of sanitation is critical and additional precautions need to be taken to prevent spread of disease. Thus, they are important in hospitals, day care centers and healthcare facilities and other environments with high concentrations of infectious bacteria.

In the home environment, they may be needed for the nursing care of sick individuals with specific infections, or for those whose immune systems have been weakened by chronic disease, chemotherapy or transplants. Under these circumstances, antibacterials should be used according to protocol, preferably under the guidance of a health care professional

Thank you for subscribing!
Have a question? Please email me at vidzword at gmail dot com
Stay healthy!
Vidya Sury
Antibacterials 101 – 2 was last modified: December 22nd, 2010 by Vidya Sury

Why abdominal fat is dangerous 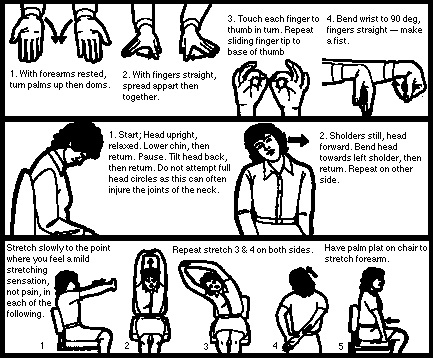 How to feel good in ten minutes

Aging – What to expect as you grow older – 1

6 reasons why you should watch your diet.