Diet and Mental Health – You can improve...
What is psychological trauma? What are the 5...
How to Overcome Addictive Behavior? Here Are 5...
What Is Sleep Apnea? Symptoms, Diagnosis and Treatment...
Blood Sugar Basics – What You Need to...
Hatha Yoga, 14 Basic Hatha Yoga Asanas and...
How to protect your mental health when recovering...
Returning to work after the pandemic? 5 Tips...
Injured at work? 6 important steps you should...
Do you live in a healthy home? How...
Home Lung Health World Tuberculosis Day – March 24
Lung Health

March 24 is World Tuberculosis Day. Although Tuberculosis or TB is curable, it is rated as second only to HIV/AIDS as the greatest killer worldwide due to a single infectious agent.

Personal Note:
I know this is a longish post. But it is a topic that affects me personally. My Mother was diagnosed with Pulmonary Tuberculosis and was on treatment for over nine months, yet, because of a highly weak immune system, and a chronic lung fibrosis (interstitial lung disease), she also developed spinal TB (Pott Disease). The doctors advised immediate surgery since the infection was too close to the spine and they expected it would be a matter of days before the spine was affected. We got a second opinion and were advised to consult an orthopedic. We did. And she recovered.

Unfortunately, her lungs became very weak, and the lung fibrosis caused her lungs to collapse, and she was rushed to hospital with cyanosis. She suffered a mild heart attack because of inadequate oxygen and developed pneumothorax. After being on complete life support for five days, her heart just stopped. And she stopped living on Feb 8, 2010. 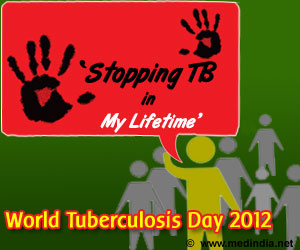 The theme for 2012
The theme of World TB Day 2012 is “Stopping TB in my lifetime” – the mission is to halt TB. Everyone can make it his or her responsibility to eliminate the deadly disease from the face of the earth in the foreseeable future. The day offers an opportunity to focus on TB-related problems and solutions and to support worldwide efforts to control TB.

Why March 24?
March 24, now commemorated as World TB day is the day that Dr. Robert Koch stunned the world in 1882 with his discovery of the TB bacillus, which causes tuberculosis. The discovery led to the subsequent diagnosis and cure of the infectious disease that was then killing an estimated one out of every seven people at very young ages in the Europe and Americas.

Here are facts about TB – Source: WHO

Tuberculosis is an infectious bacterial disease caused by Mycobacterium tuberculosis, which most commonly affects the lungs. It is transmitted from person to person via droplets from the throat and lungs of people with the active respiratory disease.

In healthy people, infection with Mycobacterium tuberculosis often causes no symptoms, since the person’s immune system acts to “wall off” the bacteria.

The symptoms of active TB of the lung are coughing, sometimes with sputum or blood, chest pains, weakness, weight loss, fever and night sweats. Tuberculosis is treatable with a six-month course of antibiotics.

Pulmonary tuberculosis (TB) is a contagious bacterial infection that involves the lungs, but may spread to other organs.

Pulmonary tuberculosis (TB) is caused by the bacteria Mycobacterium tuberculosis (M. tuberculosis). You can get TB by breathing in air droplets from a cough or sneeze of an infected person. This is called primary TB.

In the United States, most people will recover from primary TB infection without further evidence of the disease. The infection may stay inactive (dormant) for years. However, in some people it can reactivate.

Most people who develop symptoms of a TB infection first became infected in the past. However, in some cases, the disease may become active within weeks after the primary infection.

The following people are at higher risk for active TB:

Your risk of contracting TB increases if you:

The following factors may increase the rate of TB infection in a population:

In the United States, there are approximately 10 cases of TB per 100,000 people. However, rates vary dramatically by area of residence and socioeconomic status.

Symptoms
The primary stage of TB usually doesn’t cause symptoms. When symptoms of pulmonary TB occur, they may include:

Other symptoms that may occur with this disease:

Signs and tests
The doctor or nurse will perform a physical exam. This may show:

The goal of treatment is to cure the infection with drugs that fight the TB bacteria. Treatment of active pulmonary TB will always involve a combination of many drugs (usually four drugs). All of the drugs are continued until lab tests show which medicines work best.

The most commonly used drugs include:

Other drugs that maybe used to treat TB include:

You may need to take many different pills at different times of the day for 6 months or longer. It is very important that you take the pills the way your health care provider instructed.

When people do not take their TB medications as recommended, the infection may become much more difficult to treat. The TB bacteria may become resistant to treatment, and sometimes, the drugs no longer help treat the infection.

When there is a concern that a patient may not take all the medication as directed, a health care provider may need to watch the person take the prescribed drugs. This is called directly observed therapy. In this case, drugs may be given 2 or 3 times per week, as prescribed by a doctor.

You may need to stay at home or be admitted to a hospital for 2 – 4 weeks to avoid spreading the disease to others until you are no longer contagious.

Your doctor or nurse is required by law to report your TB illness to the local health department. Your health care team will be sure that you receive the best care for your TB.


Expectations (prognosis)
Symptoms often improve in 2 – 3 weeks. A chest x-ray will not show this improvement until weeks or months later. The outlook is excellent if pulmonary TB is diagnosed early and treatment is begun quickly.

ComplicationsPulmonary TB can cause permanent lung damage if not treated early. Medicines used to treat TB may cause side effects, including liver problems. Other side effects include:

A vision test may be done before treatment so your doctor can monitor any changes in your eyes’ health over time.

If you even suspect any of the above, please visit your doctor. Today. 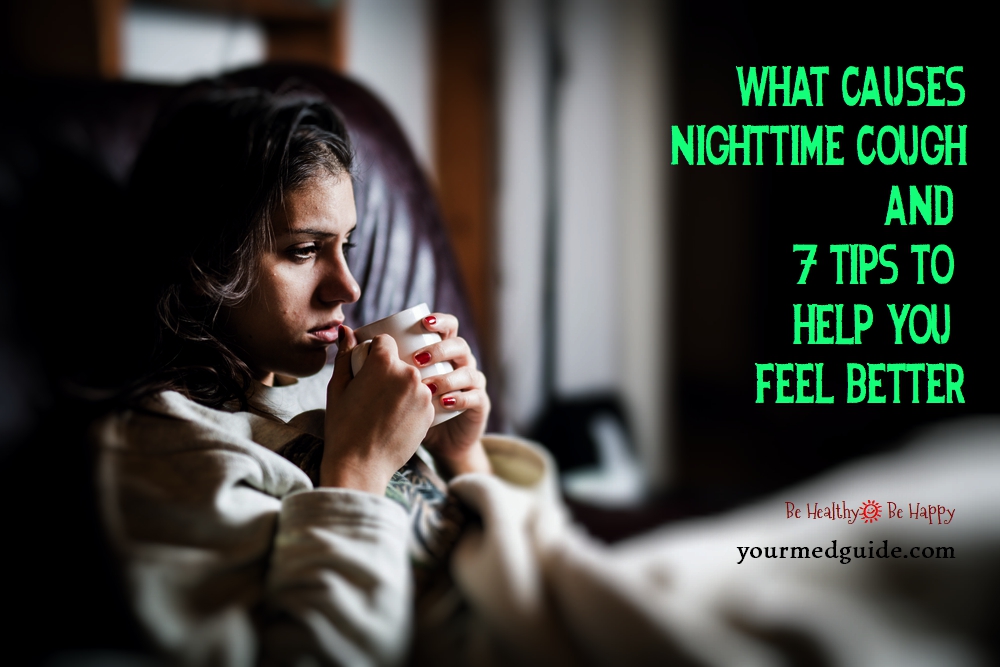 Suffer from nighttime cough? These 7 tips will help you feel better 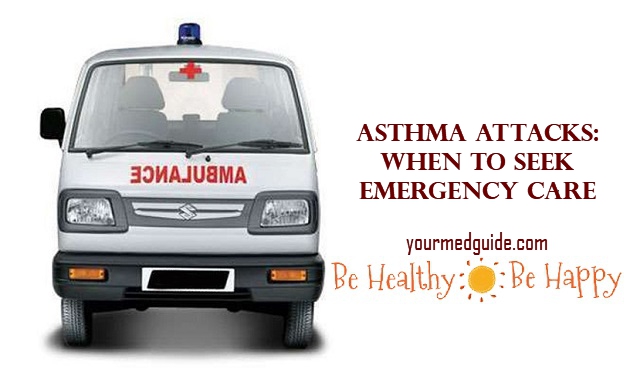 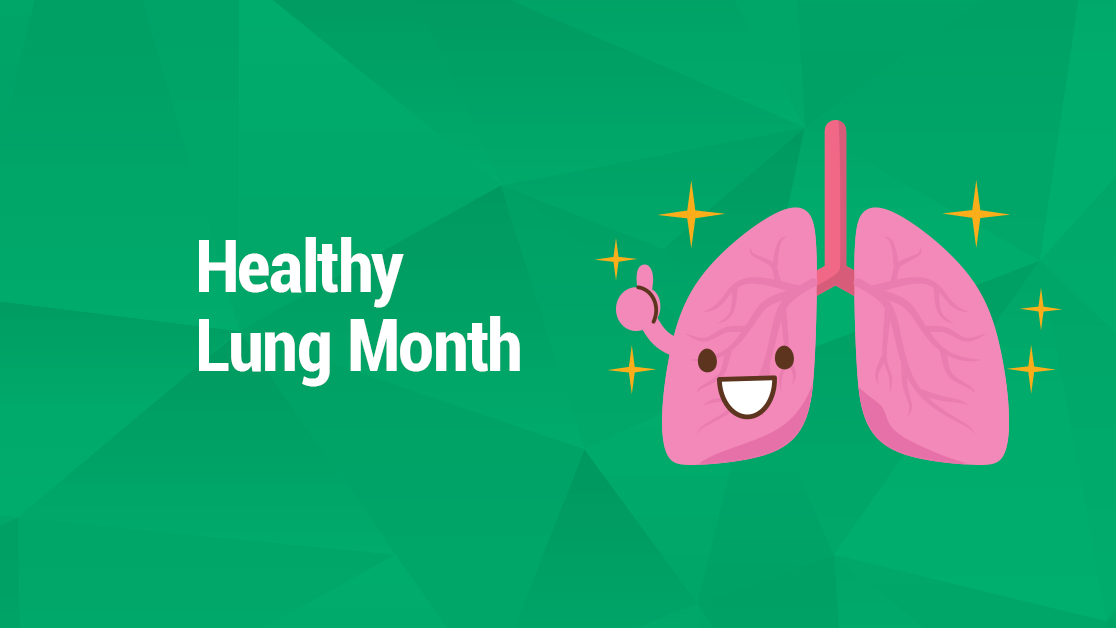 Is your home allergy-proof? #HealthyLungMonth

Thank you! 🙂 Glad you found the information useful.

I had not read such a deeply health articles ever on tuberculosis. My grandfather has died because of this disease that’s I will have to check it out more information on it for saving our next generation.